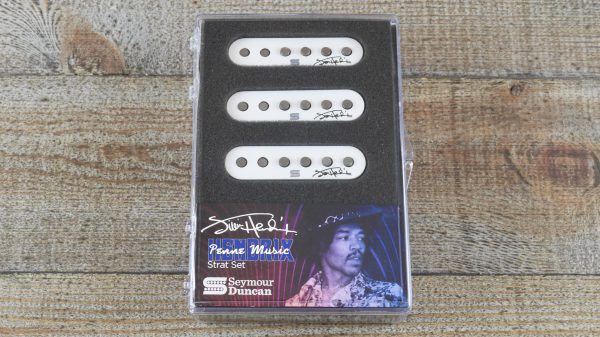 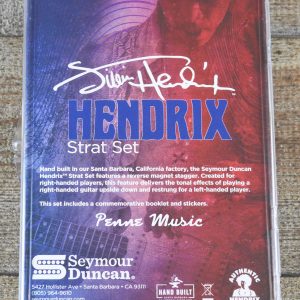 On March 28, 1968, Jimi Hendrix asked a young Seymour W. Duncan to present him with his guitar onstage at an Experience show at Xavier University in Cincinnati, OH. That Strat was loaded with pickups Seymour hand wound on his record player just for Jimi. That unforgettable night would set in motion Seymour’s future and his legacy almost five decades later. Now you can be a bit closer to Jimi’s world with our Jimi Hendrix Signature classic Strat pickups.

Each pickup is custom wound for a richer, melodic tone. The bridge model has an aggressive attack that cuts through while staying true to Jimi’s iconic lead tone. The neck/middle pickup sounds thick and full and is great for chord work, bluesy melodies, double-stops and Jimi’s signature hybrid chord/melody style. And in the in-between positions there’s plenty of that classic Strat ‘quack.’ When it comes to specs., Seymour is meticulous about vintage correctness, and the original Strat set that he wound for Jimi in 1968 did not have an RWRP middle pickup. Therefore, just like the originals, the middle pickup of these accurate recreations is also not RWRP.